My Xmas movie this year was A Christmas Memory based on the short story by Truman Capote. It was first aired as a 1 hour TV movie on ABC in 1966 and is narrated by Capote himself.

I didn’t even know that this movie existed until I found out that one of my co-workers is also a Capote fan and he gave me a DVD of it. It is based on Capote’s own childhood, where his parents were usually absent and he ended up being raised by his cousins. In this case, a mentally immature cousin who is about 50 years his senior. Since they are both childlike they get along famously.

I don’t know for sure what it is about Capote’s writing but I started to well up with tears almost immediately. This story was published in the same volume as his more famous story “Breakfast at Tiffany’s.” That story as well makes me strive to hold myself together for some reason. I think it’s the way Capote describes friendship and how fragile it can be. After all (like romantic relationships) every friendship will also end someday, one way or another. The narrator in “Breakfast at Tiffany’s” actually has a platonic relationship with Holly Golightly in the book (as he is gay) so it’s a story of friends, not lovers, as portrayed in the film. A similar relationship exists in this movie. Buddy (a stand in for Capote) looks up to his older, wiser, more experienced female friend. But when he notices her defects and mental breakdowns he loses a part of his childhood innocence and is forced to grow up.

It’s an old TV movie so take that for what it is. My wife had a hard time getting into it for that reason. Perhaps because I am familiar with the source material, I liked it better than someone who is not. I watched the original black and white version, but it has since been colorized. Probably the only thing that has not aged so well are the sound effects and recorded dialogue. But the original music still sounds great.

I haven’t cried from a movie like this in a long time. I don’t know if that’s just me or not but if you are looking for a sentimental film to watch next December, you could do worse. 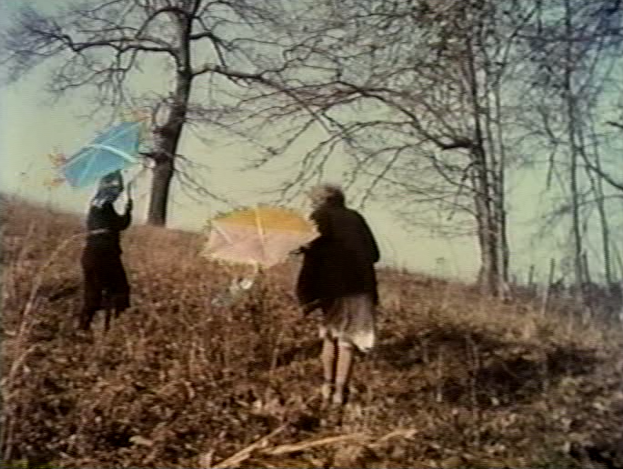