I shouldn’t be surprised but this Disney Star Wars film managed to be even worse than I imagined. Just like the other three so far.

Lacking any originality, reason, or purpose this blundering borefest lasts almost two and a half hours. It’s difficult to finish in one sitting without wanting to punch yourself in the face. Speaking of faces, they cast a guy with a weird looking one to play Harrison Ford. He looks nothing like him, he acts nothing like him, and I didn’t think for one second they were the same guy. Chewie uses all of the recycled noises he made in previous films. He plays the exact same 3D chess game he played in Star Wars and The Force Awakens, and even the moves are exactly the same. You would think after 50 or so years he would get sick of it. Hmmm.

Donald Glover is good as Billy Dee. What a concept, get an actor who can actually ACT like the guy he’s playing! Woody Harrelson is just good ol’ Woody, but it was still nice to have another competent performance. Paul Bettany as the heavy is as good as you would expect a talented actor to be with a criminally lame script. Emilia Clarke is pretty much a non-character as the love interest. When she meets up with Han it is completely by coincidence, a common trope in Disney Star Wars films.

Speaking of love interest… sigh. This is the dreaded “SJW” part of the film. Lando’s “love” interest and co-pilot is a “female” droid. A droid that is really, really upset about “robot slavery.” The film fails to explain how a computer can be enslaved other than in some kind of metaphorical sense. The droids in Star Wars aren’t even very advanced machines. Nothing like the robots in The Matrix. Tape an iPhone to a Roomba and you pretty much have a droid. These things are tools, nothing more. They are given personalities to make them easier to use. Droids don’t actually have feelings, yet L3 is clearly in love with Lando and wants to fuck him. How it can fuck him without any sexual orifices is a mystery but the film makes a lame joke about it. Lando also clearly has feelings for it. I don’t get it. Why have a machine as a co-pilot? If that’s what he wanted to do then why not just plug it’s CPU into a USB port? Why would a computer need arms and legs to fly a ship? The droids in the Disney films, just like The Force and the Jedi, are completely different than in the original series. Those droids were built for very specialized tasks: protocol, interpreter, waiter, etc. But ones like L3 can do anything! Fight a war, have sex, fly a ship… who needs humans?

Nothing can be worse than The Last Jedi but this piece of crap is easily a worse film than Rogue One. Because Rogue One had 30 seconds of Vader slicing dudes in half. This has the Millennium Falcon being chased through an asteroid field to an oldie but goodie by John Williams called “The Asteroid Field.” Maybe I’m imagining it but I feel like I’ve seen that somewhere before. Hmmm. Yes, almost every beat and visual element in this film is a callback to something from the Star Wars Trilogy. I really did not expect it to be this bad, but Disney surprised me again. Just not in a good way.

Did I mention that it’s one of the most expensive films ever made? Even ILM seemed bored making this one. 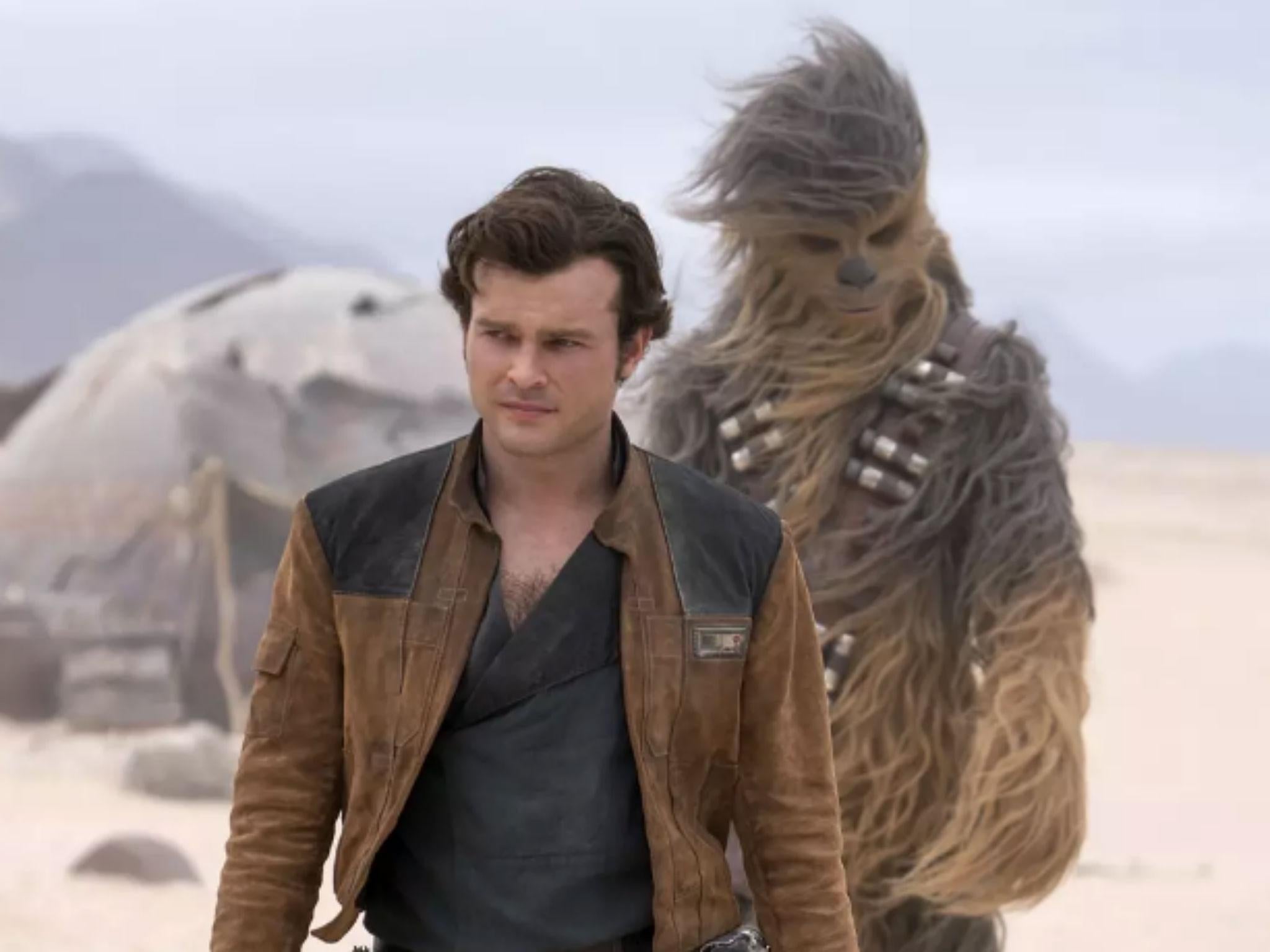