The Living Shadow
by Walter B. Gibson
1931
First Appearance of The Shadow 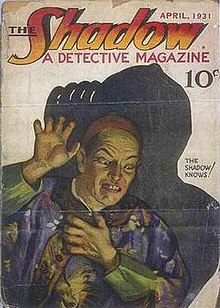 Walter B. Gibson was a freelance reporter and crossword puzzle writer who got the break of a lifetime when he just happened to be at Street & Smith headquarters in NYC looking for reporting assignments. A radio drama called Detective Stories had an unnamed narrator who would close with the line “The Shadow knows!” and listeners wanted to know more about this narrator. Street & Smith decided to make a character out of him. Gibson was at the right place at the right moment and lobbied for the assignment. Three weeks later he had written the first Shadow novel The Living Shadow where he introduced the titular character as well as supporting characters who would appear in hundreds of novels to come. To Gibson’s dismay Street & Smith insisted he use a pen name “Maxwell Grant” in case they used fill-in writers. Of the 336 Shadow novels, only 53 were penned by someone other than Gibson. He wrote more stories about a single character than anyone else in history, including comic book writers. Gibson was a writing machine and has the world’s record for the most published words in one year, 1,680,000. He made L. Ron Hubbard look slow by comparison. He wrote two novel length Shadow stories every month and usually delivered them a week before his deadline. Gibson also wrote over a 100 books about magic.

The Living Shadow is the most reprinted Shadow adventure, not because it is the best but merely because it was the first. The Shadow barely appears and is more of a string puller, a mysterious presence, directing the action of the plot. The hero of the novel is actually Harry Vincent, one of the Shadow’s agents. We get to see the underworld of The Shadow and New York City uncovered by Vincent as he becomes more deeply involved in The Shadow’s plans. Fans of the hit radio show may be surprised to learn that The Shadow of the pulps was not the same character from the show. Lamont Cranston is not his real name is just another one of his disguises. Nobody knows who The Shadow really is. Readers would later find out that his real name is Kent Allard, WWI fighter ace turned spy. Margot Lane was also a radio invention.

The novel begins strong as Harry Vincent dives into a great mystery. However near the middle I became a bit lost as nobody but The Shadow knows what is really going on. It is not until the last chapter that we find out it was all about an over-complicated gem robbery. Street & Smith asked Gibson to set the story in Chinatown so they could reuse some artwork from a previous story. It would end up having a big impact on the character as even The Shadow film from 1994 featured a Mongolian villain. As this was written in the 30’s there is some dated slang and references. The word “chink” is used perhaps twenty times, which would be taboo now. Overall it was a decent mystery, but was merely a first chapter in an on-going saga of crime. 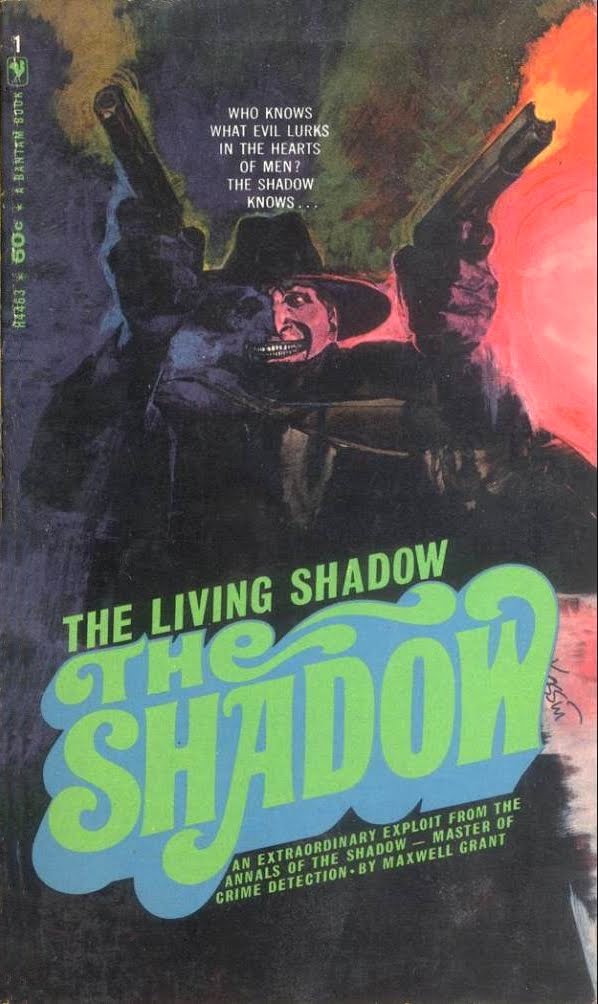