I wanted to watch something Irish for St. Patrick’s Day to go along with my Guinness bread, vegan Shepherd’s Pie, and cabbage so it was finally time to watch this thing.

My initial comment on the DVD is that the transfer is of poor quality. I have only seen two other DVD/blu-rays that were this bad and those were The Whole Wide World (the Robert E. Howard biopic) and Wall Street. We are so used to seeing dust and scratch free images now that it’s unusual to see a dirty transfer. But I will say it wasn’t as bad as those other two films and it didn’t impact the experience too badly. The sound was fine.

The story is about a psychopathic old tenant farmer played by Richard Harris and his mentally handicapped son played by a young Sean Bean. They live in squalor and are obsessed with a three acre piece of land that they have worked for a generation even though they do not own it. But the Harris character ‘Bull’ McCabe thinks he owns it because he’s worked it so long. Welcome to capitalism Mr. McCabe!

He says there is a difference between “The Law” which says the owner can sell it anytime she wants to and “The Law of the Land” which he says entitles him to the field because he dug so many rocks out of it over the years. So he already is clearly not on board the reality train. But the people of this rocky, barely habitable Irish fjord are nice people and when the field goes up for auction they will allow the crazy old man to be the single unopposed bidder. Until… in a direct contrast to the worn out downtrodden Irish in comes a smooth as silk Yank, played by Tom Berenger, who offers more than the old man could ever afford. 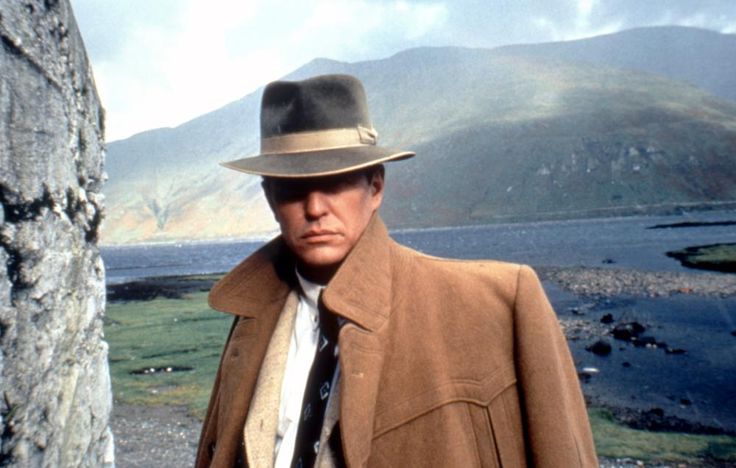 I don’t know if this was the filmmaker’s intent but I immediately sided with the Berenger character. Not only is he a smooth dresser who drives a cool car, but his family came from that town and he wants to build a dam on the land, a project that would create badly needed jobs and cheap electricity. Set in the ‘30s this town is still such a backwater that there are no electric lights in most of the homes. But Bull can’t have this, he must have HIS land so he murders Berenger in cold blood with his son’s help. Catholic guilt is a real thing and after getting scolded by the town priest, McCabe goes “super crazy” and then the real killing in earnest begins.

The photography, locations, music, and acting are all excellent. Harris especially carries the movie. However I kept wanting to see more of the civilized American. Berenger had to be one of the most handsome men in Hollywood at that time. He just stands out so sharply against the dirt poor and crazy Irish. John Hurt is even lower class than McCabe as a toothless barely understandable stooge. Everyone but the American and the priest is dirty, drunken, and poor. So very, very poor. So it’s not exactly a “fun” movie. Many animals are killed throughout and that was a turn off for my wife. I don’t know how they accomplished the animals dying, whether they used corpses or dummies, but hopefully they didn’t actually kill them just for the movie.

So it’s probably not the best St. Patty’s Day movie to watch but the acting is so good that I have to at least give it… 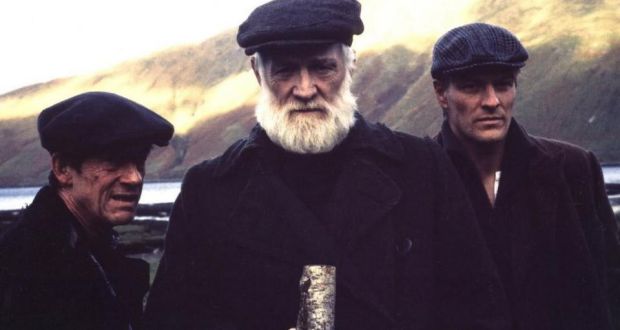