Hell or High Water is a modern cops and robbers drama set in west Texas. Jeff Bridges continues his streak playing tough grizzled lawmen. Chris Pine delivers another great but understated performance as Bridges foil. I could watch these two read soup cans back and forth to each other all day. But sadly they only interact once in the entire film, but boy it’s some damn good acting. Ben Foster, who was probably cast because of his role as Billy Badass in 3:10 to Yuma, essentially plays the same role in this film. He and Pine are brothers and bank robbing partners. I don’t really buy Foster in this role. He’s supposed to be a tough guy but he doesn’t look so tough. He’s got a nerdy kid kind of face, which was covered up by a beard in 3:10 to Yuma and that helped immensely. He is probably most famous for playing Angel in X-Men 3. His character, unlike Pine’s, is also fairly one-dimentional. He also looks a little bit like Sean Penn which is maybe why I don’t like his face.

He also happened to be engaged to Penn’s ex, Robin Wright.

But this is really Bridge’s movie. He’s given more screen time than Pine and is on the side of lawful good. Pine is supposed to be the robber with the heart of gold, but it’s a highly unsympathetic role. The plot is dead simple Western formula: the two brothers’ family ranch is about to get taken over by the evil banks and they have only a matter of days to get the money to pay off the mortgage and liens. Even so, robbing banks is still a stupid and dangerous way to help your family out. You can see a bit of Heat in this film, where they want you to feel sympathetic for the cops and robbers, but not enough time is spent with Pine to really get to know him.

There are enough twists in this otherwise formulaic crime movie to keep it interesting. It’s also always nice to watch a film shot somewhere other than Los Angeles. 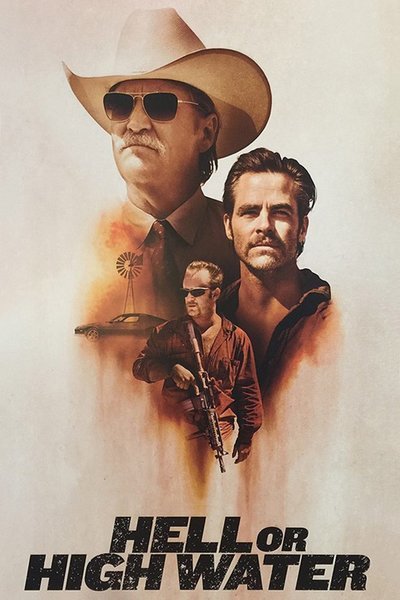